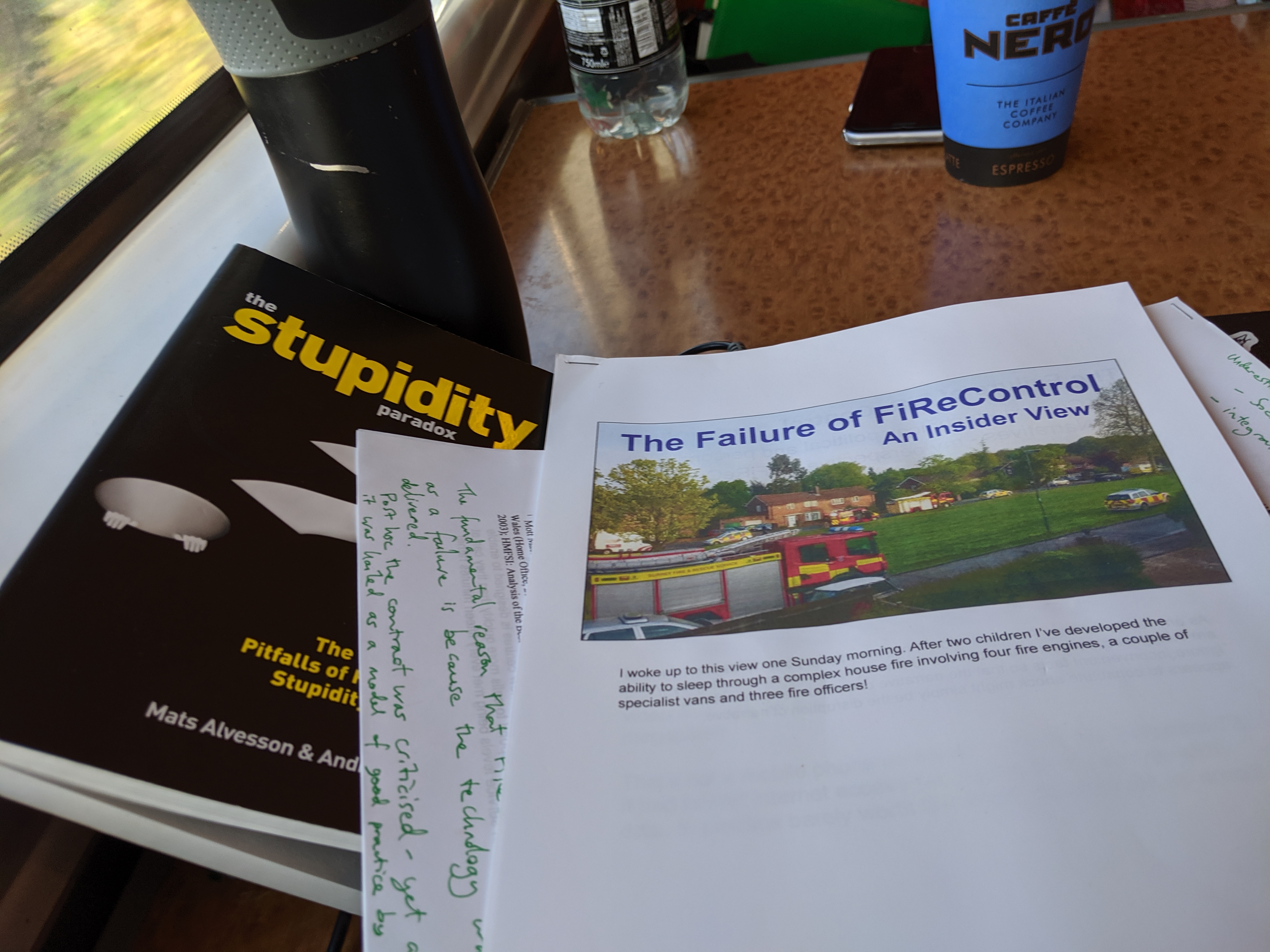 In Monday I delivered a seminar on the Failure of FiReControl as part of the IPA Project X. At the invitation of Richard Kirkham, theme lead for X, I went up to Manchester University and spoke about my perspective on the FiReControl Project. I was interested to hear that at least one person has done their doctorate on the project, and that there are some favourable mentions in some of the literature!

The main reason I agreed to speak was that I’m strongly in favour of improving the delivery of public projects. Learning from the lesson of others is part of that. So too is recognising the difference between real avoidable failure, which FiReControl did have, and the things where the environment has moved on. The latter also applies to FiReControl, and it’s limited successes get lost amongst the political fallout.

In preparing for the seminar I’ve spent a couple of weeks reflecting on the project and my part in it. I’ve read several reports on it, and also reread my personal notebooks and a small handful of key documents that were stuffed between the pages. There’s a partial picture, along with my memories, that shows the strengths and weaknesses of our system of major project delivery and accountability. Some of which is fixed with MPLA, PLP and Osmotherly letters. Some of it will never be fixed, it being a feature of our current system of government.

One of the things that is missing is a Project Delivery Professional view of the project and what went wrong. It might well exist in an unpublished form, but I’ve never seen it. I’ve synthesised a lot of this over about four working days, and I intend to repeat the session again. So as I reflect further I’m sure my speaking notes and slide deck will morph into something publishable.

If you are involved in Project X, or you are a UK government Project Delivery Professional then I’d be happy to share further and maybe repeat some of the material for a small group.

3 Replies to “Talking about Failure of FiReControl”